The Achieve Goal System, How To Make An Extra $30,000 A Year Using Rent to Own Programs, A Course On How To Buy Your First Apartment Building, 8 Books & Special Reports, a veritable truckload of Moneymaking information and assistance....ALL FREE....and all you have to do to get all of it is say "maybe."

Although you may have my book "Real Estate Billionaires," you're NOT getting my monthly Assetnaire Member's Only Newsletter (packed full to the brim with advice that directly increases your income, fast) - and I cannot allow this situation to continue, so ...

I'm going to bury you in "bribes", just to get you to
test-drive my Assetnaire Newsletter.

Listen to this: all you have to do is say "maybe" .... Try 3 issues of my Newsletter. If that doesn't hook you for life; if you can't see the profit from continuing, you can change your "maybe" to an emphatic "no", and get a full refund.

Now, let's take a look at the pick-up truck load of "stuff" I have piled up for you - FREE!  - "stuff" that will stimulate your investing-mind, grease your greed glands, electrify your enthusiasm, point you to overlooked opportunities in your investments, hand you ready-to-use and incredibly powerful strategies for creating a FLOOD OF CASHFLOW rushing toward YOUR door.

If you're not interested in doing what you do faster, easier, more profitably, then you will not be able to resist everything I've bundled together for you here. 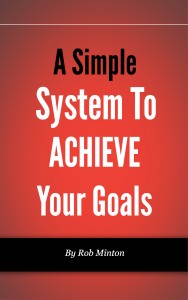 This simple system will help you set AND achieve goals that are really important to YOU.

You'll see how to eliminate distractions, get "unstuck" and how to focus on the most important steps you need to take RIGHT NOW.

Are you having trouble sticking to goals you've set for yourself?

I know you are. We all are. This is because we are bombarded by texts, emails, tweets, likes and 8 million little things that really bring no meaning to our lives. To create the lives we truly want to live, we have to get serious about our goals and the steps we need to take.

This system will help you do this. It includes dozens of hands-on worksheets you can use for each step in the system. When you're finished with this course, you'll be ready to change your life.

FREE GIFT #2
The Complete Rent To Own System Designed to Help You Make an Extra $30,000 per Year Buying Nice Homes

With this Complete Rent to Own System, you'll learn how to accelerate your monthly cashflow from single-family homes. In fact, if you want a large portfolio of homes, this may be the fastest way to achieve your goal!

Inside this Complete Rent to Own System, you'll learn my strategy for receiving your monthly rent checks on or before the 1st of the month - EVERY MONTH. This means you won't have to chase your tenants for the rent. They'll systematically pay you on time!

More importantly, I'll show you how to get tenants to pay you 3 to 5% of the value of your home, upfront before they even get the keys! You'll receive thousands of dollars more from each home PLUS get tenants that are more committed.

In this system, I'll even show you how to get tenants to manage your homes themselves. You won't have to deal with all of the day in and day out problems with your properties. Your tenants will operate as if they own your home.

You'll also receive all of the Forms, Contracts and Documents that you'll need along with step-by-step instructions on how to use them. You won't have to worry about how to structure your contracts or agreements. Simply have your attorney review these documents and you'll be ready to go!

You'll learn how to create an "auction-like environment" with your properties. You'll literally have people competing to rent your homes. This will save you time and put more money in your pocket.


If you've ever thought about buying an apartment building as an investment property, this course will walk you through the entire process from beginning to end. More importantly, you'll learn how to create very attractive monthly cash flow while increasing your wealth at an accelerated rate.

1. The A to Z Guide to Buying Your First Apartment Building
2. How You Can Collect 22 Checks a Month From ONE Investment Property
3. The Accelerated Wealth Formula
4. The 7 Most Costly Mistakes Real Estate Investors Make & How You Can Avoid Them Yourself

You'll even learn how to increase your net worth by hundreds of thousands of dollar by acquiring just one apartment building.

Book: How to Use Real Estate To Pay for Your Child's College

Report: How to Use The "Toll Position" To Achieve Financial Freedom

Years ago, an entrepreneur we'll refer to as "Mr. B." coined the term "Toll Position." Mr. B. used this position to build significant wealth. Oddly enough, when you learn how the "Toll Position" works, you'll see that many billionaires including Jeff Bezos (Amazon), Mark Zuckerberg (Facebook) and Larry Page/Sergey Brin (Google) have all used it to build their wealth. In this special report, you'll learn how to use "toll position" to build wealth.

Report: How One Man Found Financial Freedom in a 20-Year-Old Book

In this special report, you'll see how one man's life changed after reading a book first published 20 years ago. He went from the "rat race" to early retirement and financial freedom. You'll see that just about anybody can copy the same strategy for themselves. In fact, inside this report, you'll finally learn how to stop trading your time for money.

ESSAY: The Way to Wealth By Ben Franklin

This essay written by Franklin in 1758 is a collection of adages and advice presented originally in Poor Richard's Almanac. Some consider this essay to be the best and wisest money book every written. You'll love his smart and entertaining advice about hard work, debt and saving.

Book: The Science of Getting Rich by Wallace D. Wattles

Mr. Wallace experienced failure after failure in his early life. After many years of study and experimentation, he formulated a set of principles that, with scientific precision, create financial wealth. You'll see his principles outlined throughout this incredible book!

Book: The Art of Money Getting by P.T. Barnum

This short book by the great American showman is about making AND keeping money. He wrote: "Those who really desire to attain an independence, have only to set their minds upon it, and adopt the proper means, as they do in regard to any other object which they wish to accomplish, and the thing is easily done."

In Joe's book, he outlines a simple secret that the rich use which multiplies the money coming to them. Anyone who has tried this little trick has seen great results. It's so powerful that I want you to have it, too!

During this call, I can answer all of your questions and help you streamline actions steps to get help you achieve your goals faster!

As you know, I'm a real estate professional who specializes in helping real estate investors create new income streams. I've also been studying the wealthiest investors in the world and have detailed their strategies in my book "Real Estate Billionaires."  Throughout my journey in real estate I've learned many valuable lessons. I can help you save time, make more money faster and side-step costly mistakes.

And, to ice the cake, an unbelievably sweet guarantee!

THERE IS ABSOLUTELY NO RISK. YOU CANNOT POSSIBLY LOSE OR WASTE A PENNY. WITH THIS AMAZING DOUBLE GUARANTEE, YOU MUST MAKE MONEY FROM MY MEMBERSHIP AND YOU MUST BE THRILLED WITH EVERYTHING I DELIVER, OR YOU CAN GET YOUR MONEY BACK.

GUARANTEE: Take 3 months, get 3 Issues of the Newsletter, plus this mountain of additional information, tools and gifts, review it all, try it, prove its value - and you decide. After receiving 3 Issues, if you like, you can cancel your subscription, and receive a full refund, no questions asked.

Each issue is like a day-long, intense seminar in print arriving every month. Each issue is a least 10 packed pages. There are almost always investment ideas you can use to make more money. In each newsletter, I teach strategies you can use to build wealth, increase your monthly cashflow, reduce risk, and minimize headaches and challenges. Plus, you'll find market updates and trends I'm seeing, and what you can do to profit from them.

But you get EVERYTHING for just the subscription fee, just $39.95 per month!

This means you can subscribe right now and save $10.00 per month locking in your membership price at just $29.95 per month and you'll receive all of these bonuses with your new membership.

This special offer is only available for the next 10 members and then the price will increase.

Quite frankly, my accountant thinks I'm nuts. He said, "Do one or the other - a big discount OR a pile of gifts, but don't do both. You're giving away the whole farm! You'll spoil these new members rotten!"

Sure. I may actually be giving too much with this special offer. However, my hope is that you'll love the membership and we'll stay together for years allowing me to help you build wealth and achieve financial freedom.

PLEASE UNDERSTAND THIS OFFER IS REALLY LIMITED FOR THE NEXT 10 NEW MEMBERS and then the price will move to the regular price of $39.95 per month.

TAKE CARE OF THIS NOW.

YES! I Want To Join The Membership

Looking forward to working with you!

P.S. In case you're trying to save some time and just scroll to the end of this letter, here's the deal:

I'm offering you $1,197.00 in real estate investing courses, books and special reports for FREE as a bribe to get you to test-drive my new Assetnaire Membership.

The membership is designed to help you create monthly passive income while building wealth. We will spend a lot of time studying the strategies used by the wealthiest investors in the world.

This special offer is only available for the next 10 new members.

Click Here to join now. You won't regret it.

NOTE: Any reference to income, profits and cashflow stated in this letter are not guarantees. You may not make any money with your investments. As you know, most people never take any action with what they learn. Your results may vary depending on many factors including: your experience, your background, your work ethic and the amount of money you have to invest. Every investment entails risk including the investments profiled in this letter and in the Assetnaire membership. More importantly, you will have to take massive action to succeed as an investor. If you're not willing to accept this, please DO NOT JOIN THE MEMBERSHIP.